Now this, was a culture shock.

We were lucky enough to meet an Australian on the plane who was heading back to Cambodia to finish his non-profit teaching position at an elementary school. He was kind enough to warn us about common scams and inform us about the politics, some history, how to haggle and even a few Cambodian words and dishes. 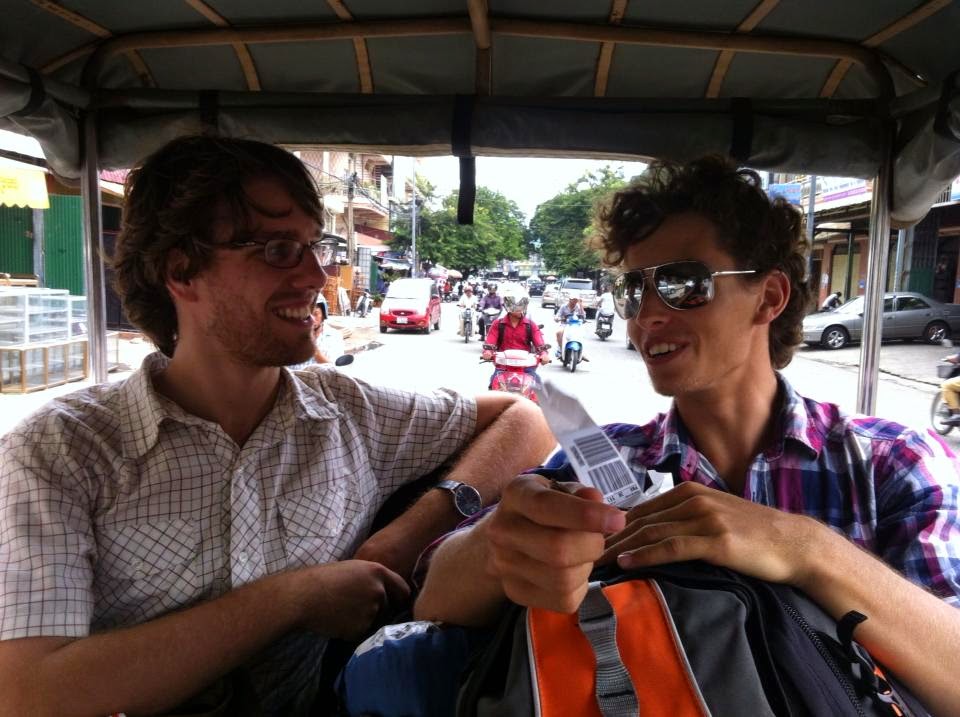 Yes, we ended up sharing a tuk-tuk with him to the city (which he haggled for us, of course, with his broken Cambodian). Â No, we had no idea what a tuk-tuk was until we got there. If you want a thrill ride, Cambodia is the place for you! Forget road signs, traffic lights, road markings and speed limits. It’s basically a free-for-all, mostly-drive-on-the-right-side-but-don’t-stress-about-it, close-your-eyes-and-pray-when-you-cross-the-street system.

We only spent one night in the capital, Phnom Penh. And it was definitely enough. Considering Cambodia was a last minute addition to our trip, we knew very little about it and were definitely not expecting this state of poverty. 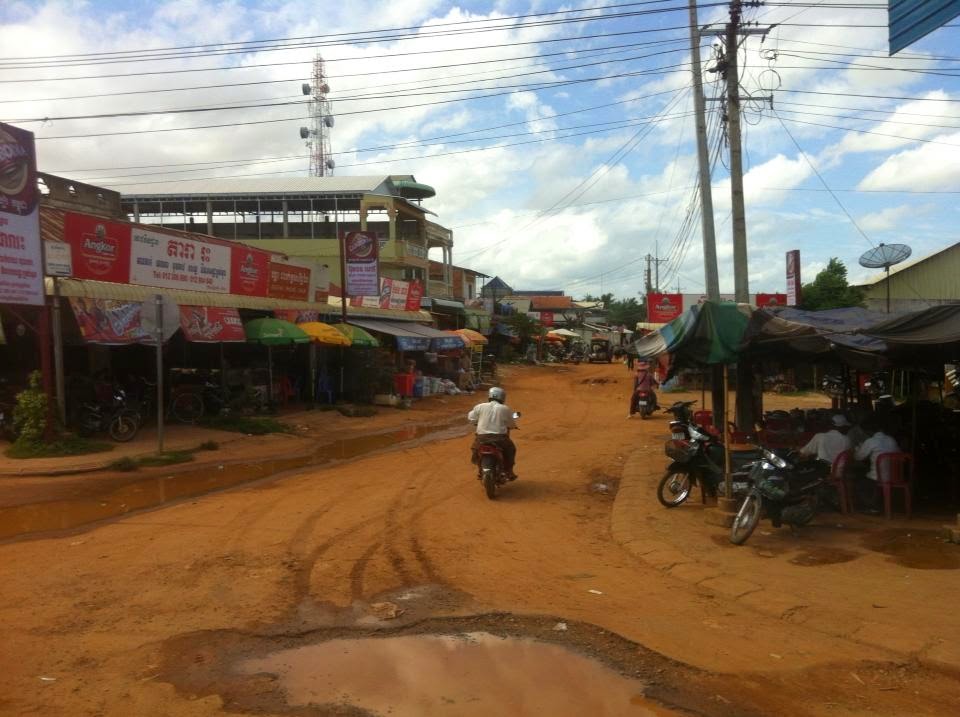 As poor as the people were though, they were the nicest and friendliest people from our whole trip. Everyone greeted us as we walked past, the people who ran the guesthouses were really welcoming and people at restaurants tried their damn hardest to communicate with us.
We spent some time walking around the city to get a feel for it (and got a lot of stares). Eventually we found the market, where I tried Jackfruit for the first time.Â 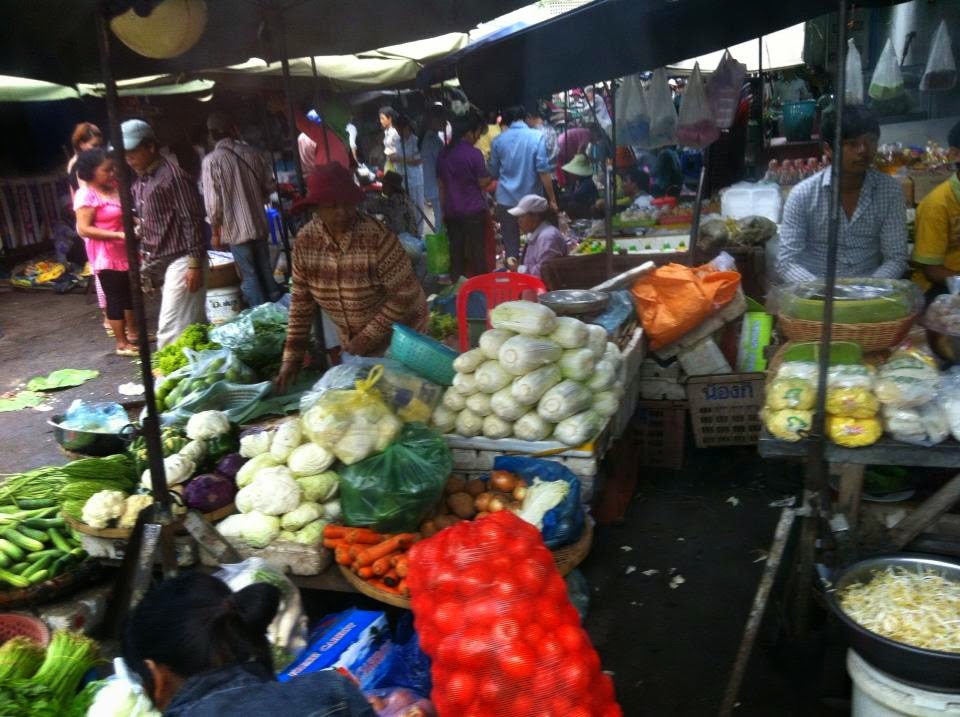 Lucky us, we also happened to arrive two days before the Cambodian elections. The streets were full of rallies, with hundreds of people driving motorcycles around the streets yelling who they’ll be voting for. Canada travel advisory “strongly advised” travellers to “seriously avoid travelling to Cambodia during this time”. Oops.Â 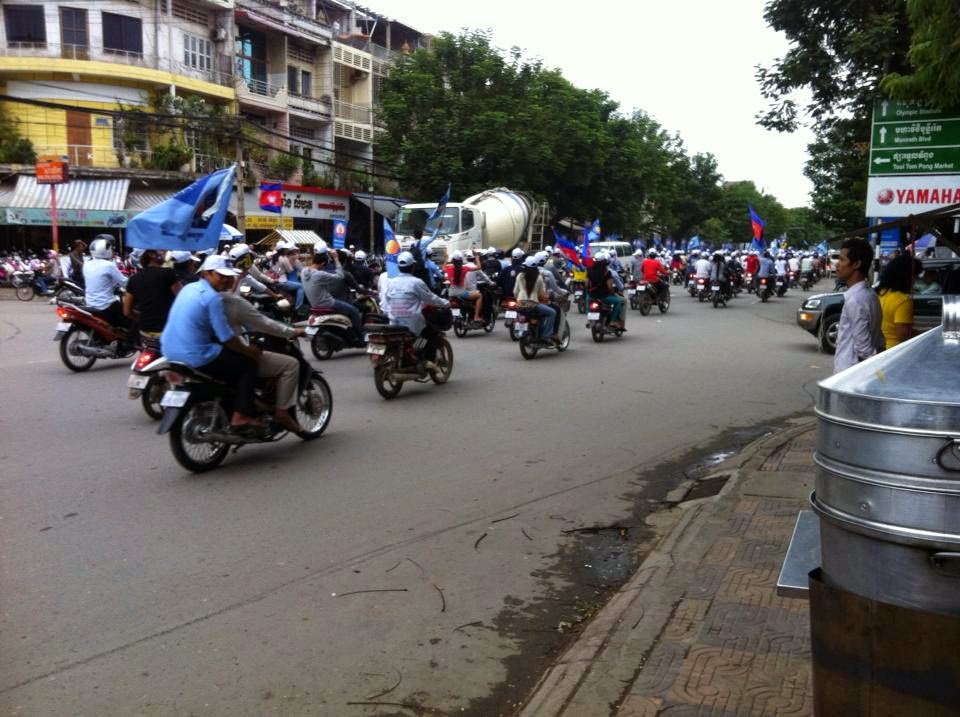 The next day we took an 8 hour bus to Siem Reap, the gateway to all the Angkor temples.Â